The Europe of Broken Dreams, Part 1: An introduction to the Modern Monetary System21st January 2013 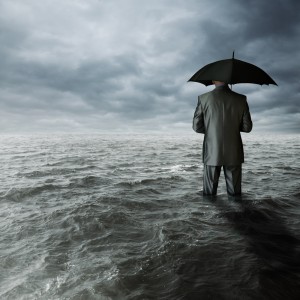 Gazing across the Channel, Europe’s finances seem to have gone reasonably quiet. Too quiet.

Over the past week the Germans announced that they want all their gold bars returned safely from Paris; the IMF announced that Greek funding gaps may be wider than ever; the Spanish Prime Minister made a speech, and David Cameron cancelled a speech. But this counts for quiet in an era when we have lost count of the number of crisis meetings that each tackle the immediate symptom, but not the cause.

The pain continues in Spain …

Last Summer, whilst on a jazz and gastronomic trip to San Sebastian[1], the European Economic crisis seemed remarkably distant. Many retailers displayed bright red sale signs, but the hotels, tapas bars and restaurants were full. The Basque region has found itself reasonably protected from the strife, in part protected by historic wealth, significant industry, an entrepreneurial culture, the pull of tourism and cycling. Evidence of recent infrastructure spending is everywhere, a private-public partnership created the must-visit Guggenheim in Bilbao[2], and geography has created a pleasing proximity to Rioja.

You just can’t hold good entrepreneurs down. As early as the year 1000 the Basques were making good use of the Newfoundland fishing grounds, creating salt cod; great for eating, and great for keeping, it even became a commodity form of money. Some 500 years of fishing later a Frenchman had the nerve to claim part of Canada for France, despite noting the presence of a thousand busy Basque fishing vessels! Bristol merchants even wrote to Christopher Columbus complaining that he knew very well that they had visited America before he “discovered” it.[3] It seems that entrepreneurs guard their secrets, whilst explorers tell the world, and in our state-led curriculum it is apparently the state-funded explorers rather than those showing real enterprise who take the glory!

Away from this Basque hotbed of business, Spain generally suffers from much lower economic activity. Unemployment has reached 26.6%, and even worse youth unemployment is now at 56.5%[4]. This is a real and current social tragedy, and not one created by entrepreneurs. Now the historic wealth created by the entrepreneurs, and even the modest savings of the majority, all so essential as the capital to drive an economy forward, are under real threat.

All around the world our monetary systems have been found wanting. The US and the UK have, for now, been able to paper over the cracks purely because, as currency issuers, they have some control over deflationary cycles. For those countries who are not currency issuers, but currency users, such as Spain, the challenges are formidable. Nor are the challenges easily resolved in a democratic system where we mostly expect to vote for more rather than less, and where less doesn’t necessarily solve the problem either.

So why has Europe gone quiet, and what happens next?

The FT reports the words of Spanish Prime Minister, Mariano Rajoy, calling for Germany and others to go for growth, for “What is clear is that you cannot ask Spain to adopt expansionary policies at this time. But those countries that can, should.” He also said “I am absolutely convinced that Spanish financial institutions will not require any more funds than were given already” and that the Euro is “absolutely irreversible”.

Can he be right? Well today we start a series of blogs on the European economic predicament and the risk this carries for the rest of us. If we are not interrupted by the US fiscal cliff (which could well blow up in all of our faces) or other events the main planks of these weekly articles will be:

1. The leverage within the European banking sector.

2. The real impact of state borrowing and extended bailouts.

3. The insolvency of bank and state, and the resulting financial repression.

For now, lets kick off with a quick introduction to the modern monetary system, which we need to understand if we are to appreciate Europe’s issues. And it is easiest if we start to understand “money” from our own UK perspective.

How money is created …

Firstly, and most importantly, banks matter not because they are sometimes too big, nor because they sometimes do the wrong things, but because they create money. In this way they hold the state in a symbiotic embrace, and this relationship between money, banks and the state is where everything starts to go wrong.

The world’s financial system is built on un-backed currencies; on the face of a £5 note the Chief Cashier of the Bank of England promises “to pay the bearer on demand the sum of five pounds”. So he’ll swop it for a crispy £5 note. And if I swop that new note I might get my old note back, even though it is just a worn bit of paper, that the Chief Cashier claims is worth £5. What a good job other people also believe it is worth £5 so I can pass it on!

It used to be the case that our currencies were backed by something tangible. In Britain, for many centuries we primarily used silver coins. By 1817 real gold sovereigns entered circulation, and in 1844 the Bank Charter Act established gold backing for Bank of England notes[5].

Over the years this gold backing in the UK and other countries became diminished, often due to the need to finance wars, and we now have “fiat” currency which holds value merely because government regulates that it is legal tender, and because its citizens and corporations must pay tax in that currency. Tax creates demand for a currency, as those scampering to collect the funds to pay their tax bill by the end of January will endorse.

Now that our currency is un-backed, the Bank of England issues notes and coin, and banking sector reserves, which together comprise a tiny part of our financial system. The vast majority of money is now electronic entries in bank accounts. If I borrow £100 from my bank, it creates a new loan of £100, and deposits that £100 into my current account for me to spend – and there is now more money in the system. See, it has just created money.

Did you think that banks only lend out when they have deposits? Well that is what used to happen, but no longer. Find this hard to believe? Well this is what Adair Turner, as Chairman of the FSA had to say about it: “The banking system can thus create credit and create spending power – a reality not well captured by many apparently common sense descriptions of the functions which banks perform.  Banks it is often said take deposits from savers (for instance households) and lend it to borrowers (for instance businesses) …  But in fact they don’t just allocate pre-existing savings, collectively they create both credit and the deposit money which appears to finance that credit.”

As individuals or corporations we don’t all rush out to borrow freshly created money, because it costs us interest, and if we ask for too much the banks will say no. So as currency users we have a solvency constraint.

Banks also face an ultimate solvency constraint, as Northern Rock and others found to their cost. But until that happens this expansion of credit creates a wall of money, which within the UK was most visible in house prices. Think your house was rising in value because the economy was booming? Well it was mostly due to the volume of money made available as housing loans, and as soon as that easy funding dried up, through a combination of banks’ unwillingness to lend and consumers’ unwillingness to borrow, we saw deflation as both house prices and the volume of sales corrected.

But if our Government wishes to spend more than it collects in taxes, it generally borrows the difference. It borrows by issuing debt through the Bank of England to the banks. Whilst the price of this debt is adjusted over time by the comparative value of currencies and changes in interest rates, provided the Government only issues debt in its own currency it faces no solvency constraint, because it can always issue more debt, through the banking system, to repay the old debt. This is basically what we are doing in the UK, through perpetual state borrowing.

See the problem for Europe? The banks could create money, which they did, hand over fist, creating booms in, amongst other things, Spanish property. The availability of credit raised Spanish property prices into the stratosphere, and the over-extended populace and corporations hit their solvency constraints.

Meanwhile, The Spanish Government can issue Euro debt, and tax its citizens in Euro debt, but cannot do so beyond a certain point because it doesn’t control its own currency; it is also a currency user, and subject to solvency constraints like you and I.

We’ll explore more of this next week, but I’m afraid it doesn’t get any happier, at least not yet.

I like Spain, for its history, its architecture, its landscapes, its warmth, its people and its shoes. It is a shame for Europeans that the post WW2 concept of co-operation to encourage trade and mutual reliance between nations, in order to reduce the risk of war between them, has become a vast, unbridled and failed political experiment. The sooner the failure is admitted the sooner the solutions can be created.

Meanwhile, we welcome the Basques entrepreneurs to our borders. Elena Arzak, the world’s top female chef, and one of the greatest proponents of new Basque Cuisine, is opening in London in February[6]. In the interests of international trade, and good food, have you booked your table yet?

[1] If you are interested in truly great food, San Sebastian also has a great guy, Jon Warren, who with his team will organize things for you at San Sebastian Food.

[2] This is not a recommendation for private-public construction partnerships. “Perhaps the Bilbao effect should be called the Bilbao anomaly, for the iconic chemistry between the design of the building, its image and the public turns out to be rather rare”. WSJ article here.

[3] Cod, A Biography of the Fish That Changed The World, Mark Kurlansky.

[5] The Bank of England wouldn’t exchange your note for gold, but did hold gold to back its issue of banknotes, and would give you, in exchange for an ounce of gold, notes and coin to the value of £3 17s & 9d. How things change – a sovereign is now worth around £250.