The Hobbit: The Desolation of Laketown28th December 2013 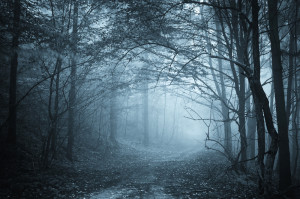 Fresh from viewing The Hobbit: The Desolation of Smaug, I am struck by my abiding memory of the film. Not the elves, the orcs, nor the mighty dragon. Perhaps harking back to my most popular post of the year, The Hobbit: Tolkien the Economic Libertarian? I was struck by the commentary on the state in a reinforcement of Tolkien’s beliefs. As I state in my earlier blog, in a letter to his son in 1995, Tolkien wrote about planning, organization and regimentation being an “ultimately evil job”.

In the original book the dwarves, having escaped from the elves and orcs, climbed out of their barrels, stinking of apples, and walked around the shoreline to the bridge leading to Laketown. But the film tells a different story, with the Dwarves freely negotiating exchange of their pieces of silver with Bard for safe passage, shelter and arms.

This act of free trade appears rather differently to the regulators, as Bard sought to smuggle the dwarves into town, still in their barrels, smothered in fish, until reaching the customs house he is ordered to stop! “You have a permit for carrying empty barrels, not fish! Throw the fish away!” Bard hurriedly explains the folly of such regulation to the Master’s dark councillor, and the conniving civil servant Alfrid Lickspittle (a character new to the film) backs down.

So well done to the scriptwriters for this comment on ancient and modern folly.

For many, smuggling has been an honourable profession over the centuries, indeed an essential means to survival, as it was to many Cornish communities little more than 200 years ago. Preservation of the seasonal catch of pilchards was vital for trade, for community and individuals, and yet the state had imposed restrictions and taxes on salt which increased the price of salt forty times over. Nowadays the regulatory image of the EU looms large over the fish market with equally unintended consequences. How are a people supposed to prosper under such meddling restrictions?

Meanwhile, up in the Lonely Mountain, such is the repute of Smaug the Dragon that he used to appear at the head of Forbes’ Fictional rich list, although today with an estimated worth of $54 billion he comes in second to Scrooge McDuck! (See here). This is no made-up guesswork, as the compilers have carefully analysed the dragon’s length, sleeping position, the height of his mound of treasure, the value of diamonds embedded in his belly etc.

Of course Smaug was a horder, and today we are increasingly told that those who hord their money do no good. Too many politicos, in their desperate drive to sustain short-term GDP, falsely believe that wealth is created through the issue of debt rather than through efficient investment. Certainly if Smaug’s treasure was suddenly released onto the marketplace it would change the dynamics of demand and supply in a great inflation, but it should be remembered that trade requires the effective allocation of both capital and labour. If there is inadequate opportunity for the effective investment of capital then it is better to be saved up to be used when there is a need for wants to be satisfied rather than lost on some deficient scheme to the detriment of capital and labour.

Had Smaug not breathed his fire on Laketown, it would no doubt have achieved its own desolation, being destroyed from within by regulation and unintended consequence. As friend and author Dominic Frisby displays in his great book Life After the State, the unholy trinity of money, taxation and the state act as a ring of power from which it would be good to escape.