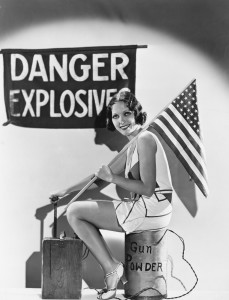 The apparent suddenness and rapidity of the UK recovery has greatly encouraged those who rely upon sound-bites to sustain their place in society, and has even thrown Mark Carney’s much-vaunted interest rate guidance off course.  With the wind apparently set fair even those market bears seem to have joined the consensus in their predictions for the year. But what do the next few years really have in store?

Well last week I had the pleasure of dinner with a small gathering of out-of-the-box thinkers, ranging from fund-managers, a banker close to the 2007/08 crisis, a trans-continental property developer, those drawn from the world of arts, philosophy and small business. Our common bond was a real understanding of the monetary system, the ills and potentially explosive consequences that it creates. But how, practically, might that impact on us all down the road? Read on …

But before we get too deep, let me summarise some of the issues that we face in the UK alone:

So whichever way you look at it, whether it be the impositions of debt, tax, energy costs, unemployment, inflation, education and uncertainty, the state has done much to diminish opportunity for the majority, whilst steadily increasing it’s grip upon us all. This is the big problem with our monetary systems … they enable the state and vested interests to get away with all this damage, whilst convincing too many that only more state is the answer!

Despite the so-called recovery, we are now left with just as much, and perhaps even more distortion that we faced at the “height of the crisis” a few years ago.

So what happened to capitalism?

As a proponent of the free-market, what difference would real capitalism have made? Well for a start, free-market capitalism optimizes the balance between employment, wages, education, consumer prices, asset prices, bank security, interest rates, healthcare and all other wants and needs, whilst enabling us to benefit from lower prices through international competitiveness, innovation and specialization. It matches demand and supply to maximize the fulfilment of wants. It uses a monetary system that cannot be fiddled and fudged. Through accurate price signals it is an automatic balancing mechanism that protects the many against the few, and offers strong motivation for betterment. Through the most effective allocation of investment and labour, demand and supply at all levels is optimized, enriching the living standards of wage earners for generation after generation.

One day, politicians and central bankers will be found-out to be the costly irrelevance that they are. Too many arbitrary decisions are taken by the powerful and remote who have no understanding of each individual’s needs, wants & priorities. In our monetary system price signals are distorted by inflation, and regulation empowers crony-capitalism. Nassim Taleb, that wonderfully radical free-thinker, in his latest book Antifragile, makes the case that our apparently robust institutions are continually fighting yesterday’s battles … and are therefore anything but robust … whereas we would benefit from anti-fragile organisation that grows stronger from adverse events.

Whilst we as a nation, both the state and individually, continue to spend more than we save and invest, our growth is not sustainable. How Government might be expected to positively assist us in this necessary process of saving and investing for our future is a laughable travesty.

To the extent that we do move forward, any excitement surrounding the potential of new energy, biotech, robotics, nanotech and communications could easily be wasted or regulated away by an over-involved state. We need to return to basics. But back to that dinner …

So what future possibilities did I glean at this dinner?

But what do I think?

There will be change. For the past few years we have seen unabated inflationary zeal and financial repression to maintain the status-quo. That has not created real wealth, nor will it. Yet until we have an “outlier” or “black swan” event the ability of the powers to sustain the unsustainable with moral hazard may well continue, but things must eventually unravel … demographics will see to it.

I personally believe that we will see default and bail-ins, just as we saw in Cyprus and through continued political financial repression … but deciding how we retrace from the failures of social democracy back to the benefits of unbridled capitalism will fall to an enlightened younger generation, for whom the benefits of capitalism are waiting.

In the meantime we are left with the 6Ds: Demographics, Deficits, Debts, Deleveraging, Deflation and Default. Life’s a gamble. But like any New Year, have a number of plans in place so you are prepared to react to all eventualities … when the dynamite goes off, wherever in the world that may be, it’ll pay to be prepared!

For international and domestic businesses that wonder where that leaves them with the risks and rewards they face … well, please do get in touch. And have a great year!