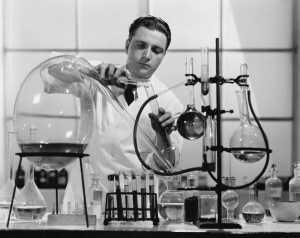 Little has changed. Six years after the depth of the financial crisis, our financial alchemy has achieved … not a jot.

Our remarkable era of low interest rates, high debts and deficits has become the unremarkable new normal. Yet the media speak is all about employment recovery and asset price recovery (indeed record-breaking peaks in many markets). So has the alchemy worked?

Some concerns are raised and shared, from whiffs of interest rate rises to come, London house price escalation, and disapproval over the extent of consumer credit driving the new car market. Read enough and it is easy to be baffled by the mix of positive noises, set against the fear of Eurozone deflation, where some interest rates have already gone negative. All things eventually revert to trend, and all pundits, even me, will eventually be proved correct if we live long enough. But one has to ask whether history will be kind to the current generation of policymakers.

I spend my days working positively, and great opportunities abound within new industries, businesses that get their customer offering just right, and those that effectively disrupt existing markets. Yet the economic backdrop for all of us, and the prospects for the bulk of the old economy, is engineered, for better or worse, by the fantasies of the old financial and political elite as they drive our state to ever-greater economic lunacy.

Permit me to list the top points of my current thinking. In no particular order:

As the great Ludwig von Mises stated: “There is no means of avoiding a final collapse of a boom brought about by credit expansion. The alternative is only whether the crisis should come sooner as a result of a voluntary abandonment of further credit expansion of the currency system involved.”

So keep on, be confident, but lets recognise that the heavy lifting on the economy is yet to come. Whilst politicians will preen themselves as the ones to “make things happen”, lets use every opportunity to tell them to get out the way and stop their petty economic manipulations. For the hard truth is that the heavy lifting must be done by real people in the real world, and thats you and me. The earlier we can start the better.

(By the way, my economic blogs have been few and far between this year. Blame the fact that I’ve been very busy with good business for good clients, and my other interests in life. Thank-you for tuning in, and I hope to ramp up the pace of writing again soon).