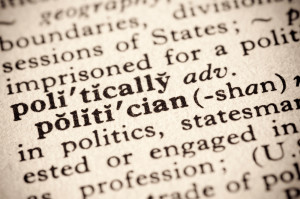 Three decades ago I came across an original Punch cartoon, and bought it. Each publication carried a pen and ink drawing, and the next edition carried the winning reader’s caption. Whilst tastes and appropriateness change, the essence is that 3 patients had escaped from the asylum, but the guards had returned with 13. The lesson is that amongst those of us that claim to be sane many of us are many behaving oddly indeed.

Just as the UK’s eccentric Party Political Conference season drew to a close, the leaders of the US now make their own bid for extreme behaviour with the impasse over their debt ceiling. As we saw in my recent award-winning blogs on the lessons of the French Revolution, (The Economics of Daily Bread 1 & 2, see here and here), those who have pretensions to political leadership have a dismal record of acting in the genuine economic interests of the people. Little did I know that a few weeks later our own political leaders would be drawing from those same failed revolutionary policies. Reckless behaviour is alive and kicking!

I do not follow politicians; rather like the rest of the country they either bore me to tears or make me angry. Generally it is the conceit that through their intervention they can make our world better. They can’t. All they can do is pretend to look after one section of the voting public by taking from others … which in turn reduces the resources remaining for those who could have looked after themselves … making more and more dependent upon the goodwill of the state, until even the ones who were to be looked after end up suffering. The common expression is “robbing Peter to pay Paul”, but with the unfortunate addition of a middle-man taking his cut.

But you can’t avoid the media and their take on conferences. My disinterest started with the first party upset that their flagship policy of charging for plastic bags had been leaked … not much of economic interest there, other than placing more well-intentioned expense on the populace … and the news that attempts by a pressure-group to openly debate economic policy had been rejected.

The second bunch were diverted by slut-gate, which is a shame, as that party is the only one to openly question whether our tax system is fit to achieve a strong economy. But this remains a discussion document, not a policy, and the author of the discussion document was the one who was gated. So where that leaves their economic policy is a mystery.

The third bunch tried to sound as reasonable as they could, but set about economic announcements that would have been applauded by the French Revolutionary leaders who led their people into starvation. Delightfully the party has put up an energy calculator on its website to work out “how much you would save”… although precise details of their policy and a fair weighing up of the adverse impacts are harder to find. Just what we need, more regulation and economic distortion that we’ll all end up paying for in the long-run, if we don’t freeze in the meantime.

The last bunch claim much expertise, but despite their stated aspirations merrily continue their regulation, monetary expansion and market intervention. Comparing the third bunch to Marxists, they fail to see just how many of those policies they also pursue … including (and yes, this is really is directly from Marx and Engel’s The Communist Manifesto) “a graduated income tax”. How mainstream has that become!

Each piece of hypocrisy is seemingly followed by an attack on the hypocrisy of competitor parties. Yet as any wealth-creating, employee-enriching business knows, you don’t gain trade by slagging off the opposition, you gain by standing for something that is distinctive in the marketplace that people wish to freely engage with. In the real world, this process encourages innovation and progress.

So what are we left with? An indebted country filled with too many with huge mortgages, too many unemployed, too many finding everything is too expensive, and many ever more dependent upon the goodwill of the state … and more demands for politicians to “do something” despite the economic damage they have already wreaked amongst us.

The apogee of nonsense is demonstrated in the US. The debt ceiling was imposed by the Second Liberty Bond Act in 1917, but has since been lifted 78 times. So much for Liberty. The last time there was much talk of the minting of a “special coin” to get around the ceiling. Now it has descended into a blame game, with the President (who knew this ceiling was coming since the last was lifted, but failed to adjust his policies) blaming the others for suddenly putting a stop to life as he knows it, and claiming the minority can’t hold the majority to ransom. He deftly demonstrates that democracy has, truly, become the tyranny of the majority, for if the minority cannot have a say in balancing policy where does that lead us?

Going beyond the debt ceiling is inevitable, as the US, like other Governments, have made promises to their employees, voters and debt providers of the current generation, without explaining the true cost. The cost in taxation and inflation falls on the same employees, voters, debt providers, not just of the current but also of future generations. If the Government doesn’t break the ceiling they must surely break the law by borrowing directly from the Fed (a breach of the Federal Reserve Act) or by default (a breach of the 14th Amendment). It is almost like Revolutionary France again.

The disruptive implications if the ceiling and law truly holds will be extreme, as the US government will be in enforced default, making the 2008 financial collapse look like a side-show. US debt which has hitherto been held up as one of the most risk-free benchmarks will be shown up for what it is …. a piece of paper backed by promises rather than hard assets. Without certainty on risk-free assets, other assets will face a major realignment, and the market can be expected to take some time to find the right level … even whilst Governments seek to fiddle and fix the markets in a forlorn hope to stem volatility.

Who will be seen as the culprits? Those in the mainstream who caused the mess, or those traditionalists who put a stop to it? Neither will come out smelling of roses, and I reckon the latter will suffer the most. Yet surely those in the mainstream are the real extremists, for their reckless economic policies have over many decades brought us to this point.

The US is due to run out of funds on 17th October. Whatever happens, and let us hope it is a constructive negotiated agreement that buys time for real change, we truly need to start applying initiative and fresh thinking. We should start by welcoming ideas, rather than denouncing anything but the status-quo as “radical” or “extreme”.

The truth is that our economies have been run for too long by mainstream extremists who fail to see the wood for the trees, and we need a radical yet traditional approach to return us to sound economics, for all our sakes.