Currencies and Borders: Why would the Scots want the Pound?28th April 2014 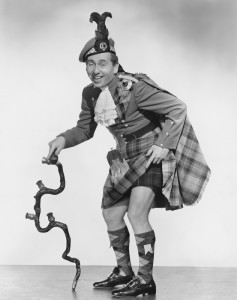 Just like all full-blooded Englishmen I have a view on Scottish independence. Putting aside my annoyance at Mel Gibson for his inaccurate Hollywood portrayal of history, there has been plenty of justifiable historic animosity. But cross-border raiding seems now to run wholly in the Scots favour, with their elected representatives inappropriately shifting the balance of power in Westminster on solely English issues.

This Westminster vote-rigging is not the fault of the Scots, just the wretched UK politicians who established the system that way. But it does mean that many of the English who would welcome a split with Scotland think that way not because they wish the Scots to go, but because of frustrations with the distorted voting powers that have imposed such damaging and persistent voting bias. It would be far better to hold a referendum across the UK on removing Scottish voting powers in Westminster where they relate solely to English matters, on which the Scottish parliament has equivalent devolved powers … but then when did the political class do the right thing?

There is no doubt that there is strength in togetherness. At the Battle of Waterloo, 1815, a Welshman (Picton) led Cameron Highlanders, Royal Scots, Black Watch and Gordon Highlanders, serving within his division alongside English regiments from Gloucestershire, Cornwall and Essex, all under the overall leadership of an Irishman (Wellington). Add some help from the Dutch, Belgians and Germans and we find that sticking together is always the best way to beat the French! … a lesson we still need to learn when playing the French at rugby!

The Scottish independence debate has recently revolved around currency and resources. Both sides seem to think that the Pound is desirable, one side wanting it, the other smugly wishing to deny its use, whilst in private allegedly arranging for its continuation. As we have seen in Europe, currency union does not and cannot and never will work without political and banking union … end of debate. Not that political and banking union is particularly desirable either.

But restricting the debate over the pound really is shallow thinking. If the £ is so desirable, then why has it lost 95% of it’s purchasing power since my birth? A £20 note today has the same purchasing power as £1 in the maternity ward. I’d rather have something real and better, thank-you. The continuous debasement of the Pound, through a combination of political neglect and deliberate intent has enormous adverse impacts across society, from diminished spending-power, lack of affordability of every day items, asset values being pushed out of reach, dependency upon debt, and widening the wealth divide between generations.

It is no wonder that a society which fails to truly educate it’s children and voters on the meaning of money becomes a society that accepts inflation, fails to cap the borrowing powers of the state, and fails to put an end to fractional reserve banking. Education really does need to include the basics of gold, silver and seashells used as money, and the fact that throughout history no paper currency has ultimately survived. Once out of school, even many top Universities continue to sustain failed economic thinking.

So a forward-thinking, outside-the-box politician of any colour would be using the independence debate not to consider who can continue to use the plunging pound, or a link to the pound, but to consider something altogether different and better.

The Scots have oil, although Alex Salmond’s intent on regulation and “spreading the benefits” seems more likely to be seen as a threat to the investment needed to maximise prosperity. The Scots also have a heavily-geared financial system. Given that the pound is backed by little more than future taxation, that gives any Scottish currency a rather vulnerable reliance upon petro-currency and financial earnings, both of which can ebb, and flow, and ebb again. This is why currencies need to be backed by real physical stores of value rather than what we have now, which is debt. (For more history on this issue, see Time is Money).

Which brings us back to independence. Whether in Scotland, Catalonia or Ukraine, we are increasingly seeing the potential for disruption of borders as societies protest, whether peacefully or violently, triggering unexpected economic consequences.

In the space of little more than 2 months this year Ukraine’s currency fell against Pound Sterling by 40% (Source: National Bank of Ukraine, 6th Feb to 14th April). The problem? Well besides political uncertainty, it is the realisation that a modern fiat currency is backed by debt, where interest and return of capital is dependent upon the goodwill of future voters to pay sufficient taxes to keep the system rolling.

In the UK our National Debt, dependent upon future taxpayers and generations, exceeds £1,268 billion, and yet we declare ourselves the 6th richest nation in the world! In a year’s time it’ll be closer to £1.4 trillion, that’s well over £20,000 for every man, woman and child in the country.

This is why confidence in currencies can ultimately prove so fickle … as groups of individuals realise that they can walk away from that debt, or leave it to others across a newly created border. Confidence in currencies will become a far greater issue over the coming years. The current bunch of politicians will tell us to be patriotic, and all manner of rubbish to “keep things together” as they seek to sustain their currencies and borders. But as socionomic trends gather pace, holders of debt-backed currency should take heed … and the Scots should grab their opportunity to reject the pound.